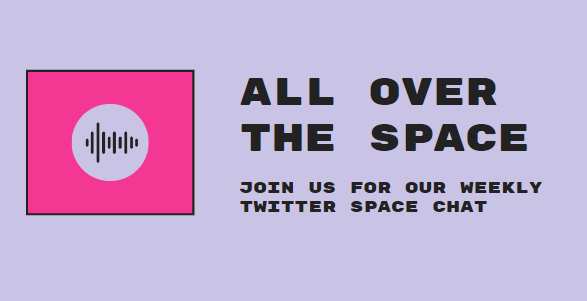 We are all about new experiences here at TINABU. Bra Jack over at Twitter finally decided to give more people access to Twitter Spaces, the platform’s answer to ‘how we do copy this live audio thing Clubhouse is doing?‘. We had a grand ol’ time and thanks to everyone who stayed on especially as we had some early technical difficulties.

Our initial plan was to do this bi-weekly but as the header image clearly says, this is going to be a weekly thing! We getting support from the wider GCR Team so every Thursday night, settle in and join us delve into whatever topic we fancy that week. Do stop by and say hello 🙂

Yo, have you ever seen a show which had you hooked from start to finish and as soon as it ends you feel like you need to rewatch to better process the brilliance of it all?

That was me with Undone.

The show attempts to depict the experiences of a deaf, schizophrenic woman triggered by a motor accident purposely caused by the ghost of her father. Yeah, it’s an interesting bag of manipulation and gaslighting.

There’s a lot more to the characters we learn through time traveling, which happens on the premise of schizophrenia providing people, shamans more specifically, with the ability to warp and manipulate time and alter events.

The style is like animation superimposed over the likeness of the actual actors…if that makes sense…but yeah it’s altogether great production with a rather interesting storyline.

Also, the cliff hanger has me thirsty for season two.

Hats off to Cyril for this recommendation!

It is really a wild thing when the realization of a feeling you have had gets validated by a wider group. Hell, dare I say comforting? Takes one back to when you completely forget you had an assignment due and you catch your equally confused classmate’s eye the moment the teacher ‘s “pass your assignments forward” order goes out. Chale, at least it no be you p3.

On the face of it, ‘Two Distant Strangers’ should be right up my ally. After all, it has got sci-fi baked right into the plot— a freaking time loop. This is second only to time travel in my very short list of ‘cool sci-fi time shenanigans’. I remember checking out the trailer and checking out after 20seconds. The reason? My reality is filled with people who look like me being attacked and turns out I am not keen to have my escape reflect society back to me. I immediately did nothing with that feeling and moved on with my life.

Fast forward a couple of weeks and I had finally carved out sometime to watch Concrete Cowboys. For the Idris Elba fans reading this, how good was it to see him and/or his agent finally picked a good movie? Molly’s Game (2017) was, in my humble opinion, his last good role. And before that, it was 2015’s Beasts Of No Nation. All to say for the quality of actor that he is, he should be getting better roles and accepting better projects but I digress 🤷🏾‍♀️

I watched Concrete Cowboys and couldn’t quite place what I didn’t like about the movie. It was good, don’t get me wrong but I couldn’t shake something. And no it wasn’t the movie soundtrack lol. Let’s just say if anyone complained about it I would understand why. It took having a conversation with Abby to figure out what it was; black fatherhood.

Jesus, I am legit tired of the black father who clearly loves their child but is unable to communicate that in any effective way other than ‘providing’ for them trope. This feeling is one I am still parsing out. On one hand, I appreciate art amplifying these messages as it forces us as a community to look at ourselves and hopefully make changes. See? I don’t know how anyone watches Will’s  “How comes he don’t want me man” scene and doesn’t resolve to never be that parent. But I also do want better for my people. Is showing more examples of fathers who can communicate and be present not an option? Like can we see some good fathers on TV?

Like I said, I am still parsing through these feelings. Speaking personally the standard ‘aloof’ depiction of fathers does make me uncomfortable just because it appears to reinforce the notion this is the only way a father shows love. It doesn’t help that in movies like Concrete Cowboy, his son eventually comes to accept and understand his fathers way of displaying love. This is that normalizing BS— why not just SHOW it the way most people expect it? Humans are pretty adept at telling what affection is, if it has to be closely analyzed to be confirmed as love then maybe switch things up?

Do I have a resolution for you reading this right now? Nah. All I can state for certain is I am uncomfortable with TV and movies reinforcing the fathers only know and show tough love narrative.
Show people better then.
Show what else is possible.
We know what the reality is so give us that alternate reality and lets us as a community have life imitate art.

PS: Here’s the inspiration for the subsection’s title ⤵️ It is worth a listen.

Taxes And Fishes; It Smells Bad🤧